Updates to Jim's profile since your last visit are highlighted in yellow. 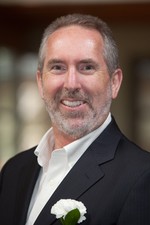 I will not be able to attend the 40th Reunion.

One of the "gifts that keeps on giving" that I received from the Marine Corps (I served from 1973-1976) was incurable cancer in the form of Myelodysplastic Syndrome (aka, MDS, or "Smoldering Leukemia").

I was diagnosed in September 2008 and receive biweekly chemotherapy that I will take the rest of my life; hence, my inability to attend the reunion. Before you feel sorry for me, I can live with this for 30 years, or it can progress into Acute Myeloid Leukemia overnight and I will have a very short life as I am not a candidate for a Bone Marrow Transplant. My odds of collecting Social Security are just as good as yours, but it is possible that my quest for God-Realization may arrive a bit sooner than previously anticipated.

The cause of my cancer was exposure to Agent Orange (I was attached to the 1st Special Ops Group that extracted the last of the Marines out of the U.S. Embassy in Saigon in 1975, but was exposed to Agent Orange at Camp Pendleton. How is that for irony?) and benzene exposure while I was stationed at Camp Lejeune, North Carolina. If you know any veteran who has developed cancer, and served in Vietnam, or Camp Lejeune, please have them contact me if they have not yet filed a claim with the VA. I am now an expert at filing VA disability claims. I just won a one-year battle with the Veterans Administration and receive a tax-free 100% Disability Pension (which is the least the bastards can do for giving thousands of us this gift).

To further the irony, the chemo changed my pure silver gray hair to this darker color, grew in the large bald spot on the top of my head, and erased most of the deep wrinkles from my forehead and face (see photo). I look years younger than I did before I started the chemo. My hematologist/oncologist is Dr. Catriona Jamieson (UCSD Moores Cancer Center), the Director of Stem Cell Research at UCSD. Her nickname for me is "Benji" as in Benjamin Button from the movie of the same name. I am now part of an international case study as researchers have never seen anyone with MDS react to the chemo in this manner, and an article is being written about my case for Science Journal. Go figure.

I just retired from the University of California, San Diego, after 32 years of service, where I was the Chief Administrative Officer and Assistant Director of International Education. Last June, I was named UCSD's Principal Exemplary Staff Employee of the Year (out of 25,000 employees) primarily for helping the spouses of several UCSD employees file successful claims with the VA that resulted in lifetime pensions and health benefits. So, if you know any veteran exposed to Agent Orange or the water contamination at Camp Lejeune, and they need help filing a VA claim, please have them contact me.

One observation from sitting in the chair at the Infusion Center: In the final analysis, your exalted title, higher-than-deserved salary, awards and accolades, mini-mansion near the beach, expensive cars, etc., will mean nothing. It is your friends and family (not just biological) whom you love, and who love you, that give meaning to life. Nothing else really matters. So I thank all of you who befriended me.

I married Susan Albright in 1983, and it clearly was the best decision I ever made in my life.

I wish all of you well. If I could have you think about one thing, it would be this: The clock ticks for everyone, just more loudly for some of us. If you are not living your dream now, when are you going to start?

Oh, yeah, in 1980 I wrote a science fiction book, The Living One, which won the Galaxy Award for best science fiction. I made a huge amount of money, blew it all, and out of sheer desperation began my career at UCSD as a Senior Clerk, a position so low that it was eliminated decades ago. If there were a TV show for one-hit science fiction writers, I would be on it.

Life is pretty funny, isn't it?

May you all have great success in whatever you desire and live a wonderful life!

Fond memories. Mike Monell and his red 1966 Mustang Fastback "Peg"--a great car and a greater friend.
My best friends: Andy Gilmour, Wes Seastrom, Steve Silvertooth, and Jeff Boynes. How did we ever survive sneaking off campus to eat lunch at "Ptomaine Tommy's Burgers"? I wonder if it is still around, or did the Department of Health close it down?

Here's a message for all the jocks who treated us "nerds" with such disdain: As a matter-of-fact, we did take over the world.

And by the way, for all your supposed machismo, I don't recall seeing your butts in Vietnam. Hmmm, wait a minute! Maybe you were smarter than you acted, after all.

I guess the last laugh is on me.

Hey, Pam, and everyone else. I got a "phishing" warning when I hit HomePage: View Website.
Did you actually post this, Pam?

Here is another obituary from one of our departed classmates.  I did not know Tom very well, but what I do know was that he was really a super nice guy.

Thomas John Hensley was memorialized Saturday, June 11, 2016 at the Family Home in the Angeles National Forest. He passed away peacefully at his home in San Juan Capistrano, California on April 17, 2016.Tom Hensley was born in Los Angeles to Edward and Mary Lou Hensley. Tom was raised in the Angeles National Forest from age three with his older brother Ray and younger sister Linda.Tom attended the Cedar Springs School at Camp #37 on the Angeles Crest Highway 2, and then the Chilao Mountain School, before graduating from La Caada High School.Tom graduated with a Physical Education and Geology Degree from Western State College in Gunnison, Colorado where he was the only athlete at Western State to team letter in two sports, Skiing and Football. In 2013 Tom was inducted, with his teammates, to the Western State Colorado University Athletics Association Hall of Fame. After college, Tom competed on the professional Coors Pro Tour as a member of Ski Team Elitche's.Tom and his wife Michelle raised their two children Timothy and Amy Lou in Colorado where he worked as a builder for several years before moving back to California where he worked for major building contractors like Taylor Woodrow Homes and finally Lennar Homes as offsite project manager and superintendent for major projects such as Windermere near Sacramento, California and finally Five Points-Great Park in Orange County, California.Tom will be greatly missed by all who knew him and he leaves behind his two children Tim and Amy and his three granddaughters, who he loved dearly, Nyla, Calla, and Siana.Tom was a Blessed Son, a Beloved Brother, an Honored Father, a Cherished Grandfather, and Trusted Friend. In lieu of flowers, the Hensley Family gratefully request that you donate to the "Thomas John Hensley Memorial Scholarship Fund" at Western State Colorado University Foundation, western.edu/foundation, 909 E. Escalante Drive, P.O. Box 1264, Gunnison, CO 81230, 970-641-2237. Your gift is tax-deductible and greatly appreciated. -

Jim Hawkins
Jim Hawkins has left an In Memory comment for Jeff Taylor.

As you might remember, Jeff was a fantastic guitar player.  I will never forget the Beatles Medley he played at Pasadena City College right before I went off to the Marine Corps.  It lasted about two hours.  His mastery of guitar was incredible, and I would have to say he played, and sang, much better than any of these "cover" bands that you see these days.

He will be missed by all.

Family and friends have been deeply saddened by the Thanksgiving Day death of Jeff Taylor. A longtime Foothills resident and a lifelong musician, Jeff was born in Glendale to James and Virginia Taylor in 1954, and raised in La Canada with his brothers Craig and Steve. He attended La Canada schools and Pasadena City College.

He was an enthusiastic fan of anything baseball and an expert on the dead-ball era; he operated a memorabilia shop in Montrose, did woodworking and carpentry in Oregon, then turned to his real love, music, upon his return to La Canada. He sold instruments and gave music lessons at Grayson's in Montrose before opening his own retail store, Pasadena Guitars, selling and repairing fine guitars and amplifiers for the past several years.

He was a widely-respected master of the blues guitar, playing and recording over the years with the Logan Brothers, Black Creek, Mad Shadow, TCS (Taylor-Carruthers-Swanson), Tales, Cross, Aquatint, Beast of Blues, Murderers Row and the Jeff TaylorBand. He composed, arranged and performed two CDs of original music, "Hurting Game" and "Back Home Someday".

Jeff was predeceased by his parents and is survived by his wife, Marie; his daughter, Laura; brothers, Craig and Steve and sister-in-law Mindy; nephews Cameron and Chad; niece, Kelly; numerous cousins and myriad fans.

Services will be on Saturday, December 7, at 9:00 AM at the Wee Kirk o' the Heather at Forest Lawn in Glendale.
A celebration of life will take place after the memorial service - details will be provided as soon as possible.

I found this post on the UC Berkeley--Haas Business School website.  Bill got his MBA from there in 1986 and was actively involved.  I had no idea he was the Chairman of Digital Dynamics, but that figures, doesn't it?

Bill was a really great guy and I really enjoyed knowing him from our days at F.I.S. (does that even exist anymore?) through high school.  He will be greatly missed.

William (Bill) Ledeen, MBA 86, chairman of the board of Digital Dynamics and a longtime Berkeley-Haas volunteer, passed away from cancer on July 21. He was 60.

Ledeen earned a bachelor’s and master’s degree from Stanford in mechanical engineering but was devoted to Berkeley, serving in numerous volunteer roles since earning his MBA in 1986. He helped form the South Bay Chapter (now known as the Silicon Valley Chapter) and served in a variety of leadership positions, including president, secretary, treasurer, and membership chair, for this all-volunteer organization for nearly 30 years. The group won the Chapter of the Year award many times under his leadership.

Ledeen proudly served as his class reunion chair and on boards for the Berkeley-Haas Alumni Network, including a stint as president from 2002 to 2003. He was also an active officer on the Cal Alumni Association’s Rossmoor Club, serving as executive vice president at the time of his death.

Ledeen was such a consummate volunteer that he is the only alum to twice win Haas’ highest volunteer leadership award, the Raymond E. Miles Alumni Service Award, in 1995 and 2002. Just before his death, he was awarded Berkeley’s Trustees’ Citation for demonstrating extraordinary service to the university’s outreach goals.

Much of his career focused on marketing in the industrial sector; he specialized in product definition, competitive positioning, and pricing analytics and execution for high-tech business-to-business products. He was issued a patent for his invention of a throttling ball valve. Ledeen is survived by two sisters, Linda Schwartz of Pasadena, Calif., and Kathy DeLiema of Mission Viejo, Calif.

Here is a more recent photo of Tom.

Jim Hawkins
Jim Hawkins has a birthday today.
Back to Jim's Profile Details